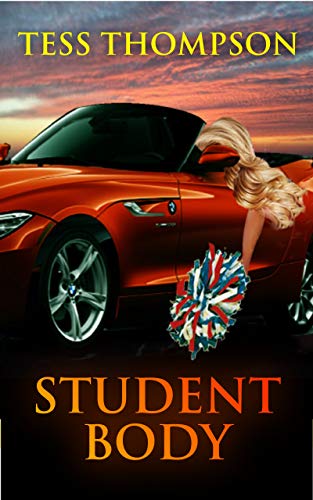 about this book: Our readers fell in love with the characters in When an Angel Whispers and asked us to bring them back in future books. We love them, too. So we decided to write a trilogy featuring Detective Chance O'Brien and his beautiful wife, FBI Special Agent Macy O'Brien.

Student Body is Book Two in the Chance O'Brien series. The series begins with When an Angel Whispers; however, the mystery and crimes in each episode are independent of each other. The books can be read out of sequence, but to fully enjoy the development of the main characters we recommend that you start with the first book.

In Student Body, Jake Windham is the hometown football hero whose expectations of fame and fortune were ripped away due to a career-ending injury. He is forced to settle for a job as a football coach at a local high school. After celebrating a game victory with friends at a local bar, he wakes up the next morning in a strange parking lot with no memory of the night before.

Suddenly, he finds himself accused of murdering one of his students, Brittany Banks, a pretty, popular cheerleader. As the evidence against him continues to mount, he has no choice but to ask a criminal attorney for help. That attorney happens to be the woman whose heart he broke when they were in college.

Chance O'Brien, the Captain of the Houston Homicide Department, begins an investigation into Brittany's high-profile death and is surprised when clues and damaging evidence against Jake seem to fall right into his lap. Chance tries to solve this murder while things are not going well for him at home. After giving birth to their first child, his wife, Macy, has changed from the loving, caring woman he knows, into a sad, hopeless replica of her former self. He struggles to balance both worlds to get Macy the help she needs and to solve a young girl's murder.

As he begins to delve into Brittany's life, he uncovers a web of lies, deception, drugs, and prostitution. Is Jake a sexual predator hiding behind his charm and good looks, or does he have an enemy willing to take a life to destroy him?