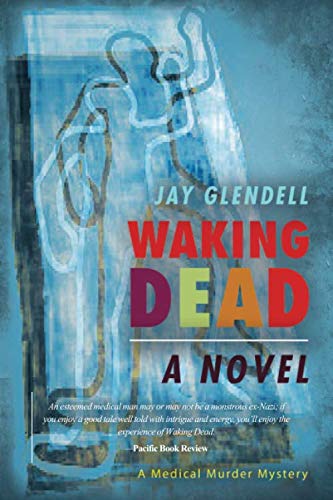 about this book: A prominent surgeon and suspected war-criminal uses his twin brother's identity to elude capture for war crimes and is suspected of several recent and past murders of hospital personnel. Resolution of the past unsolved murder of the father of an FBI agent who was a co-worker of the surgeon has been the life-long pursuit of the gorgeous female agent who is determined to crack the case. She recruits a physician at the hospital who agrees to help her and becomes reluctantly entangled in her whirlwind investigation to find the missing innocent twin brother whose identity the surgeon has used. Tracking down the physician's twin takes them to Spain which reveals the surgeon's Nazi past.In the face of perilous encounters, they find the brother who is on his deathbed. More surprises occur when the agent returns to the States to capture the surgeon who has disappeared.

The book is a thriller with unusual twists and turns involving two protagonists with conflicting backgrounds and personalities which adds a psychological interest. Different metaphorical sub-themes are suggested by the Cain and Abel twins, good resulting from evil, human nature inheritance, acceptance of research from pseudo or faulty science ending in horrific results.

The book is aimed at an audience that is looking for fast moving mystery and adventure interspersed with history that is more than the shoot-em up type of crime novel. The title of the book reflects various interpretations of the meaning of Waking Dead, as does the cover. It can mean several things. The cover suggests the spirit or soul attempting to leave the body at a death scene. Some have described this in near-death experiences but it can also apply to the dispirited who live a zombified existence, never quite in touch with their soul. There are other examples of the term described in the book.