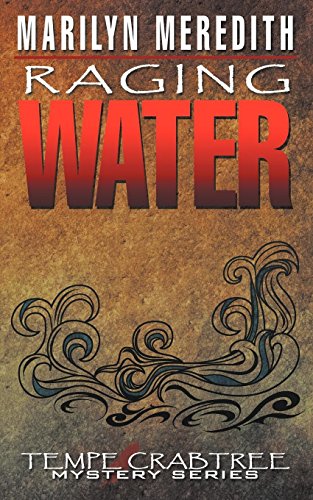 about this book: The murder of two women who are friends shake up the mountain community of Bear Creek. A huge thunderstorm drops so much rain that the river rises threatening homes, and a mud slide blocks the road trapping not only the residents but also the murdered.

The big inspiration for writing this was the deaths of two women that were deemed to be natural causes even though they occurred under suspicious circumstances. My theory is that because they were single women, living near poverty level, no one rally cared about them. Their deaths were not investigated as they should have been, but they are in this mystery novel.

A friend and fan of the Deputy Tempe Crabtree series asked if I would make her a characters in one of my books. She appears here under another name, though her personality, home and hobbies are here, and she plays a big part in finding the killer. Her friends said I captured her perfectly.

As for research, I did some historical research about floods that happened in the town I live in which has many similarities to Bear Creek.