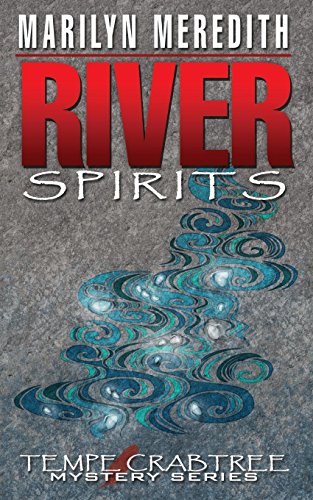 about this book: Movie people come to Bear Creek, having been given permission to shoot a movie on the Bear Creek Indian Reservation. The main female star, who has lost some of her shine, is staying in a monsterous motor home in the parking lot of the Bear Creek Inn.

The film crew have been given specific instructions as where they can and can't go--and of course they can't resist the temptation to visit one of the sacred sites that they've been forbidden from accessing.

Like each of the Deputy Tempe Crabtree mysteries, there is a thread of Indian spiritualism.

For those who are familiar with the Deputy Tempe Crabtree series, the Hairy Man once again makes an appearance--and is of great assistance to one of those in the film crew, and to Tempe herself.

As for research, I have done much research about the Indian reservation that the Bear Creek reservation is based on. I've visited the Painted Rock site and other places that appear in River Spirits.