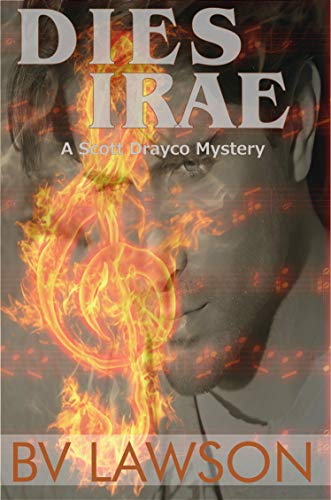 about this book: A mysterious music puzzle is left at a crime scene. When detective Scott Drayco's estranged former FBI partner asks his help, Drayco ends up playing deadly games with a madman as he tries to prevent him from killing again. But time is running out, and the killer may have set his sights on someone very close to Drayco - if not Drayco, himself.

DIES IRAE was a finalist for the Killer Nashville Silver Falchion Award and Library Journal Self-E Awards, with Library Journal calling it ​"A notable title worth putting on your SELF-e reading list." Big Als Books and Pals adds, ​"BV Lawson has created a memorable character in Drayco, a concert pianist turned FBI agent, turned crime consultant. He also has the fascinating condition of synesthesia, which not only adds a mysterious depth to his character it is integral to the plot."

Author BV Lawson is a life-long mystery reader whose librarian mother got her hooked early on. BV brings elements from her music, journalism, and poetry background to her writing, which has netted four Derringer Award nominations (with one win in 2012), and gained accolades from the American Independent Writers, Maryland Writers Association, and the Shamus, Silver Falchion, and Daphne Awards for her Scott Drayco stories. BV currently lives in Virginia with her husband and enjoys flying above the Chesapeake Bay in a little Cessna.