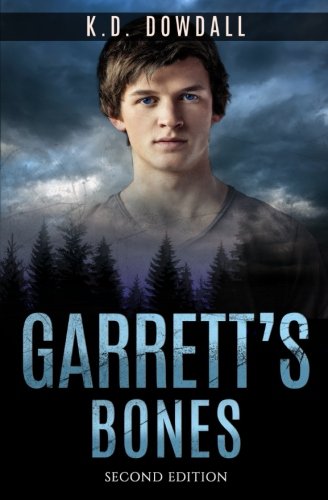 about this book: Garrett's Bones is a murder mystery and a coming of age story about two teenagers, Garrett and Anna, who find the body of a young girl in the forest near their homes. The story is about what happens to them and what they try to do to find the killer, since they themselves become suspects in the vicious murder.

I have always wanted to write this novel, as it relates to a vicious murder of a young girl who was found in the forest behind my family's home. I was changed by this horrific murder and hope that readers will be more vigilant of their surrounding when investigating new places, like forests, cities, and even in their own hometown.

Some of the elements in this novel are real and I leave it to my readers to figure out which elements are real and not fiction. The most difficult part of writing this novel was reliving my hometown as it was then and the terror the small colonial farming town experienced. The murder also led to suspicions that abounded regarding innocent teenagers that faced damning accusations because they were considered odd or different by the community.

Writer’s Digest 24th Self-Published Book Wards says: Garrett’s Bones, by K. D. Dowdall, is a historical thriller, with complex overtones of supernatural intrigue, and a dash of romance. At the heart of this story are two young people who set out to clear their names the only way they know how, and in a way, that gets them more enmeshed in darkness. The narrative is tightly woven and compelling, moving at a fast pace while still allowing the reader to experience a true depth of characterization as they develop a full appreciation of the events as they take place. The chapters are nicely paced, with enough meat to satisfy the reader, but not so ponderous as to make it difficult to keep track of the narrative as it develops. Overall, [the book] it is striking and haunting.