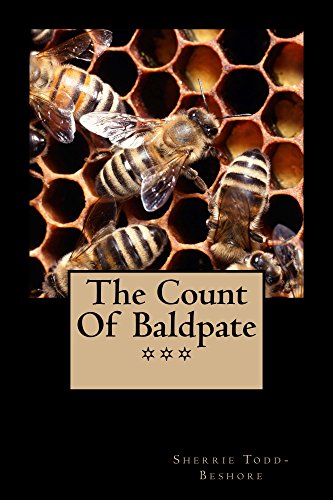 Book: The Count Of Baldpate by Sherrie Todd-Beshore

about this book: My murder mystery thriller THE COUNT OF BALDPATE began with a question ten years ago, while I was listening to a PBS radio station. I found it curious that our [human] cultures had evolved with clearly half of its 'creatures' relegated to a menial, and certainly less than equal standing through the centuries... Why was that? Why had the female of our species been 'cast' in that part? It struck me that the males of some cultures kept women subjugated almost from a form of fear. So starting in 2002, I went searching.

The plot opens with the discovery of a murder victim found behind a charming Colorado Inn, and the elusive motive merges - research by a local university history professor with a puzzling list of clues dating back a full century [and then some] - none of which appear connected to any likely suspects...

In researching material for the basic premise I discovered there is a great deal of human history relegated to places well away from the mainstream - and the cover choice was deliberate as it provides a 'hint' to the motive for the fictional murder. I hope the reader enjoys the plot twists as much as I enjoyed creating them. "...author weaves a skillful thriller, mixing just the right amount of history with bone-chilling suspense..." Enas Reviews