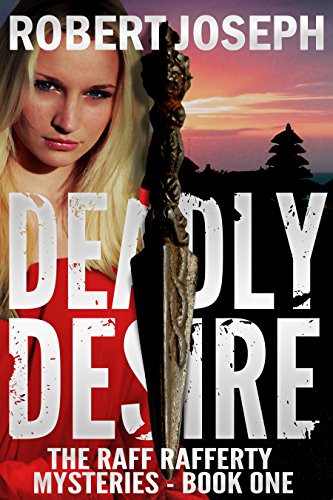 about this book: Raff Rafferty Monterey County, California, Sheriff's Department homicide detective on probation for past drug and alcohol abuse is assigned the vicious murder of a reclusive Big Sur millionaire and recent Buddhist convert. The dead man's live-in guru is a beautiful, seductive blonde American woman who claims to be the reincarnation of a revered Tibetan lama and holy man with astounding occult powers. She is also the victim's principal heir and because of that, Raff's primary suspect. As Raff investigates this guru, he finds himself attracted to her considerable charms, especially when she demonstrates that she seems to be able to actually use some of the mystical powers she claims to possess. When the dead man's will is challenged by his son, he and his wife are also mysteriously murdered. An even greater challenge occurs when his sheriff's department partner is killed after stumbling on an important clue in the case. Raff's greatest challenge in this assignment is to resist a romantic involvement with the guru and successfully solve the murders without losing his job -- or his life!