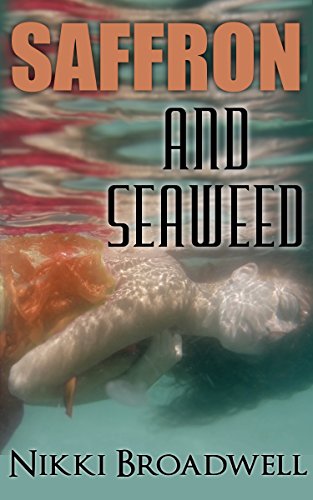 about this book: Saffron and Seaweed is the second in the Summer McCloud paranormal mystery series--but fear not, it is a standalone book!

I began this book with little in mind other than the main plot line, and when several Algerians appeared I realized I would have to do some research into that country and culture! It was a wild ride after that!
The story takes place in the tiny New England town of Watch Hill where I spent many childhood summers, and because of this it was easy to describe the harbor and the beach where the body is discovered. But let's not get ahead of ourselves!

Jerry and Summer are taking a weekend away when they discover the body of a beautiful woman in the surf. Since Jerry is a homicide detective he is immediately suspicious of the death. But after he's notified the local authorities and he and Summer head to the morgue, there is no sign of the body. Nearly being blown up in an old bunker is only one of many attempts on their lives as they search for answers. But when Summer is kidnapped the situation turns desperate. Racing against time Jerry must find the killer before it is too late.