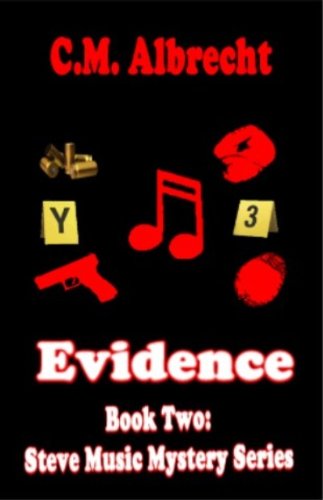 about this book: While famed surgeon Dr. Haddon Dainsbury is at a San Diego convention, the family maid comes to work to find the master bedroom is awash in blood. The bed is soaked, the white carpeting, the walls and ceiling are spattered as well. But there is no body.

The ME determines the victim was killed with an linear weapon such as a baseball bat, as indicated by spatter on the ceiling and walls.

The only other resident of the house was Marion Dainsbury, the doctor's wife. It doesn't take forensics long to determine that all the blood belonged to Mrs. Dainsbury, and considering the amount, she could not possibly have survived without immediate medical treatment. But where is her body?

Detectives decide there must have been something on, or in her, that would point to her killer.

While in such cases the husband is always suspect, Dr. Dainsbury has a good alibi, and if he had murdered his wife, why would he need to move her body? But soon detectives turn up a storage unit containing an old freezer, a unit rented by Dr. Dainsbury. A few specks of Mrs. Dainsbury's blood prove that she had been in the freezer, but where is she now? Why keep moving her remains? Soon forensics again has at least an answer. The freezer wasn't in good shape and only got down to about thirty-four degrees, not enough to really freeze a body.

Then fishermen find a knit bag in the river containing a baseball bat and a pair of bloody sneakers. Again, Mrs. Dainsbury's blood and Dr. Dainsbury's sneakers.

When an RN, a former friend of the doctor before he married Mrs. Dainsbury, is found murdered. The doctor could possibly have killed her too, but why?

Before this case is over, if they live through it, Detectives Steve Music and Kanietha Gertz will be scratching their heads as they have to rethink everything they had been taught about evidence and DNA.

Get Evidence today from Cambridge Books. You can learn a lot for a little.