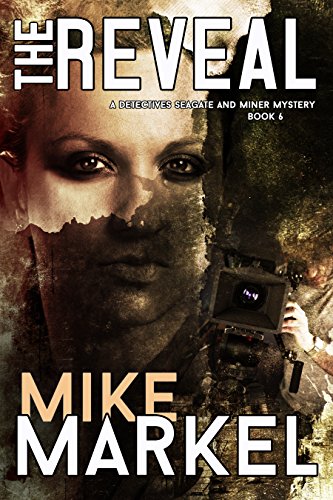 Book: The Reveal - A Detectives Seagate and Miner Mystery (Book 6) by Mike Markel

about this book: The Reveal is Book 6 in the Detectives Seagate and Miner Mystery series. The topic--pornography on a college campus--makes some readers uncomfortable. It certainly made me uncomfortable, in part because I had no idea how prevalent it was. That's ironic, because I was a university professor for decades before I retired. But I never hung out in the dorms or the fraternities.

The book includes no explicit sexuality or erotica. As readers of my previous books will tell you, when I write about sexuality I focus on the ways it can lead people to make very bad decisions. In other words, I write about sex the same way I write about its six siblings: pride, envy, wrath, avarice, gluttony, and sloth. Bottom line: I don't write erotica.

Here is a brief blurb: In the small college town of Rawlings, Montana, many citizens are secretly pleased to learn that Virginia Rinaldi, the world-famous sociologist, was murdered. She was hired a few years ago to raise the visibility of the social sciences on campus--and she certainly did that. In part, it was her professional work, such as her popular course called Pornography and the Masturbatory Industrial Complex, which many on campus saw as more of a hands-on workshop than an academic course. In part, it was the professor's manner; she relied on insults, threats, and blackmail to promote her unpopular social views.

BigAl, the leading reviewer of indie books, published a 5-star review of The Reveal: "I've read and reviewed four of the five previous books in this series, loving each of them. I was kept guessing until the end, even second guessing whether they'd arrested the right person until they'd tied up all the loose ends; this one kept me up late, eager to find out whodunit."

Here are a couple of reviews from Amazon: "I have lost sleep, been late for work, and temporarily ignored family and friends while reading this book. The Reveal is the best yet in the series--Mike Markel's books should be on the Best Seller list!"

"The writing is fast paced, the subject is current but a bit controversial and I thoroughly enjoyed the book and was lost in the story. Can't wait for book number seven."