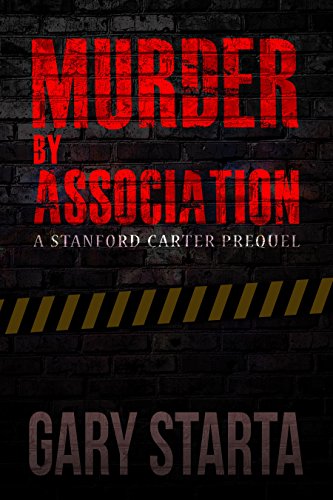 about this book: Murder by Association, the thrilling, mind-blowing, blood chilling prequel to Starta's Kindred Killers and Blood Web. The protagonist Caitlin Diggs teams up with Detective Stanford Carter, and McAllister in the pursuit of an unhinged killer known as "The Plunger".

Gary Starta has done it again. You'll love the explosion of excitement in this thriller that will keep your brain in over-drive as you try putting the pieces together and cheer the main characters to solve the serial killings.

As Boston's most lethal serial killer jeopardizes the city's anniversary celebration, CSI Detective Stanford Carter desperately fights for forensic clues to nail the perp. But the "Plunger" after stabbing his victims through the heart, leaves only Tarot cards as evidence. The mayor demanding an arrest is also keeping a secret. Soon, something even more dangerous threatens the city. Carter must find out what it is before it steals his sanity and the life of the woman he loves.