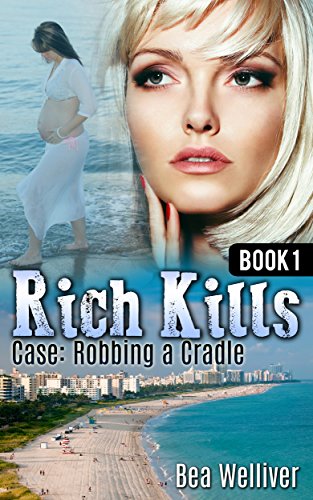 about this book: Kathryn (Kik) Porter got exactly what she was looking for: justice for the those with no voice. Living among the rich, She knew better than anyone how the fortunate lived. She knew how secrets were kept and why they were. Growing up in Los Angeles, she learned as a small child that nothing was, as it seemed. Lurking behind mansion walls, there were always secrets that her own neighbors had, and they were willing to pay high dollar to keep those secrets buried. Time and time again, she'd learn of someone dying too young, or a car accident that made no sense. It kept her up at night at the age of fifteen. Growing up among the well-to-do families taught her one thing: getting by with murder was too easy.

Her goal was to take down those who used their high lifestyles to murder. Following college, she chose to work for a police department, and moving away was her desire. She packed up and moved to Miami, Florida. There she applied for a spot fighting crime on the streets of Miami. To everyone's surprise, the barely five-foot-two tall young woman scored the test with flying colors. Even when others tried to discourage her from the Police Academy, she bit the bullet. Graduating with the highest of honors, she made her way to wearing that blue suit.

In Rich Kills - Book 1, there are four major crime scenes, two of which are hard to solve. Follow Kik Porter through her life of solving crimes. Together, her and her best friend, Assistant District Attorney find good times amidst the bad. A promising series filled with crime, compassion, humor, stupid people and issues. Kik wants one thing … just to do her job.