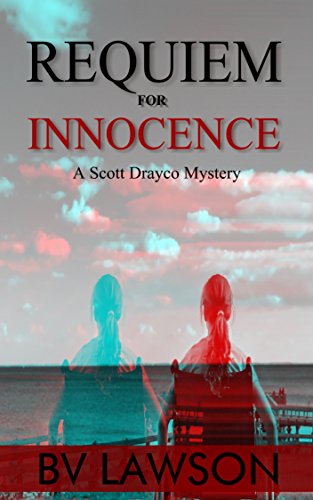 about this book: When crime consultant Scott Drayco is lured back to the Eastern Shore of Virginia to investigate an attack on a disabled girl, he's thrown into a sea of lies, secrets, and seduction he must navigate in order to keep the girl safe and stop a murderer from killing again.

Grab a copy of REQUIEM FOR INNOCENCE today and see for yourself why readers are calling Scott Drayco "not a stereotypical detective" and "a complex character that leaves you wanting to know more about who he is."

Reviewers also had this to say about PLAYED TO DEATH, the first book in the Drayco series: "I just couldn't it down," "I stayed up all night to finish the book," and "Lawson's book was so good, I read it twice from beginning to end."

Author BV Lawson is a life-long mystery reader whose librarian mother got her hooked early on. BV brings elements from her music, journalism, and poetry background to her writing, which has netted four Derringer Award nominations (with one win in 2012), and gained accolades from the American Independent Writers and Maryland Writers Association for her Scott Drayco stories. BV currently lives in Virginia with her husband and enjoys flying above the Chesapeake Bay in a little Cessna.