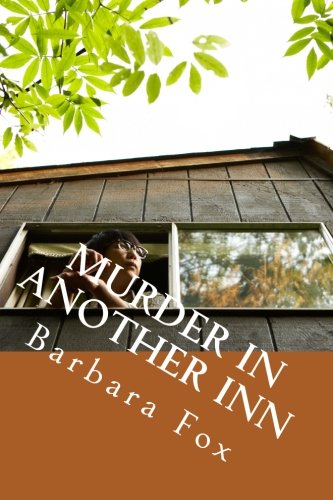 Book: Murder in Another Inn (Inn Series) by Barbara Fox

Newly-weds Sandy Evans and husband Joey Jason own a Bed and breakfast inn in Washington DC. but since Joey, a comedian, does gigs all around the country, Sandy is responsible for the inn and for solving any problems, like murder, when they occur. Murder in the Inn finds her investigating the supposedly accidental death of the previous owner, the murder of an instructor interrupts the Fitness week in Another Murder in the Inn and murder follows them to Florida when the couple move to Miami Beach and buy a second inn in Murder In Another Inn.

Some familiar characters from the first two books, Noah, the house-keeper, Janie, Sandy's step-daughter and Allie, Sandy[s twin sister,appear and there are several new people including Pamela Parker who is Joey's first wife, Sophie, the kosher caterer next door, Rabbi Josh, the young, handsome (and single) rabbi who is conducting a Passover Seder, Tommy Silk, a dance instructor and other members of an internet mystery club and Chef George, the noted chef whose publisher is hosting an autograph party Sandy has, inadvertently, booked the three events for the same night and things go from busy and confusing to worse when Noah discovers a dead body in the kitchen. The victim had ties to all three events and Sandy finds herself, once again, trying to solve a murder.

Murder in Another Inn has a Miami Beach flavor as heroine Sandy discovers Lincoln, Road, outdoor movies, the ocean, sun-bathing in December and dancing on the Hollywood Broadwalk. A mystery club staying at the inn provides six short mysteries to solve until a real murder occurs and they decide to help Sandy investigate. The book concludes with recipes from the catererSophie (kosher for Passover) and from noted Chef George and of course from house-keeper Noah

Murder In Another Inn is available in both soft cover and kindle from Amazon and other on-line book stores.

Author Barbara Fox is offering readers a short customized murder mystery story featuring you (or anyone you choose) as a bonus for buying the book. Email Barbara@mysteryonthemenu.com with proof of purchase *** your name and email address to receive the story

*** Prove you read Murder In Another Inn. What is the name of the Inn in Miami Beach?

Other books by Barbara Fox (more)