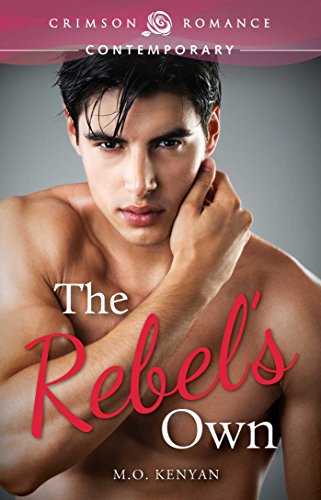 Book: The Rebel's Own (Crimson Romance) by M.O. Kenyan

about this book: All Ryan Carville wanted to do was to fit in with the football team. Against his better judgment he participated in a game that would leave a string of broken hearts. Kennedy Bailey his prom sacrifice was the last on the list.

High school isn't the best time for everyone. Kennedy Bailey was one of those people. She fell in love with the popular quarterback and the only thing she wanted was for him to notice her. But when he finally does, he does something she never expected him to do.

Years later Ryan discovers the consequences of his game, a woman who hates him and a son with a death sentence. When he discovers the truth of who she is, Ryan is shocked and determined to give his son everything he needs, which includes marrying his mother. But a quickie wedding in Vegas won't solve all their problems. Can Ryan show Kennedy that he's changed from a spineless boy to a man worth loving?