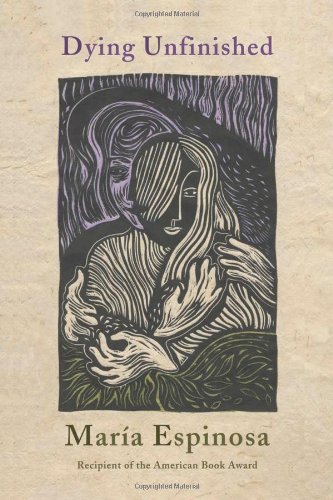 about this book: Dying Unfinished is a novel written in the form of two voices, mother's and daughter's. It takes place in Long Island, Manhattan, Paris, and California. The mother, Eleanor, comes from an affluent, cultured and cosmopolitan background. She is married to Aaron, a gifted sculptor. They raise their family in a Long Island suburb, where Rosa feels keenly the effect of Eleanor having effectively cut the ties to their Jewish roots. The novel lies in a terrain between memoir and fiction. It is an exploration of human complexity. At the heart of the story is the mother's intimacy with the daughter's husband. The mother, Eleanor, and daughter, Rosa, both find something fulfilling that goes far beyond sexuality in their relationships with Antonio, Rosa's Chilean husband, a charismatic and somewhat shamanic character. In the end, Antonio's generosity of spirit proves his downfall. The most difficult part of writing the novel was giving form to tangled and chaotic emotions and giving expression to what lay beneath conventional mores. Writing the novel became an act of love and of forgiveness.