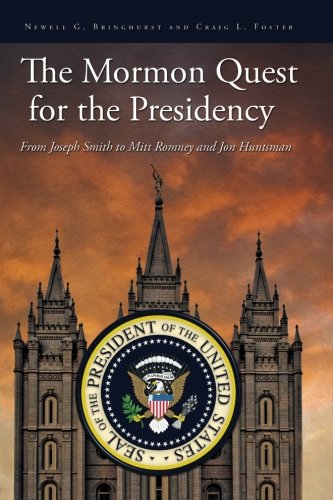 Book: The Mormon Quest for the Presidency - From Joseph Smith to Mitt Romney and Jon Huntsman by Craig L. Foster, Newell G. Bringhurst

about this book: Mitt Romney (2008 and 2012) and Jon Huntsman (2012) are not the only Mormons to run for president of the United States. A odd assortment of nine other Mormons have previously vied for the title, including the founder of the Mormon church (1844); a member of the Black Panthers (1968); an ultraconservative who later became president of the church (1968); a feminist (1984); and a former Green Beret (1992).

Craig Foster and Newell Bringhurst have compiled a fascinating study of those eleven candidates--why they ran, what the issues were, and what the consequences will be if a Mormon becomes president of the United States.

This is the second edition of The Mormon Quest for the Presidency which was originally published in 2008. The book has been updated and significantly expanded to include a new introduction and conclusion, as well as chapters on Mitt Romney's second attempt to become president of the United States, and Jon Huntsman and his presidential campaign. The greatly expanded introduction includes a discussion about whether 2011 to 2012 is really a "Mormon Moment" as heralded in various news stories or if it just the so-called "Mormon Question" all over again.

Philip Barlow, the Leonard J. Arrington Chair of Mormon History at Utah State University, calls the book "the beginning point" to understanding "a surprising number of obscure and prominent Latter-day Saints--former, future, or practicing Mormons--[who] have run for the U.S. presidency." 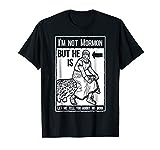 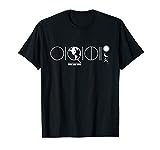 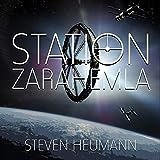