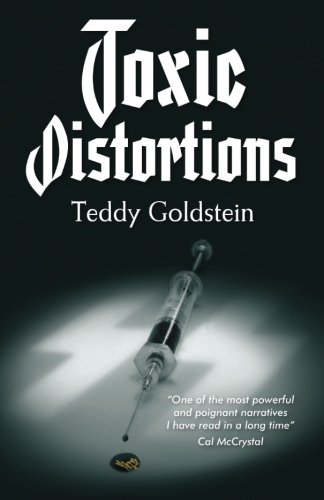 about this book: 'All the pace of a Tarantino movie. All the style of a Freddie Forsyth novel.'

This double prize-winning book is about moral dilemmas, but it is also a page-turner and a revenge story. It is the 1960s. David, a Holocaust survivor who has become a doctor, finds that the aunt who saved him from certain death survived the camps. She describes how she was injected with toxins by SS doctors and is in permanent agony. Can he bring about the destruction of these torturers without compromising his Hippocratic Oath 'Above all do no Harm'? Part one of the book is in the head the troubled hero while part 2 turns into a dark and menacing thriller. The climax is breathtaking - one reader missed her subway stop!

I was inspired to write the book because I did not feel there was enough known about the terrible medical experiments performed by Mengele and others and the fact that the information from these experiments was used by the US Air Force to save their pilots in the Pacific War.

The book will appeal to anyone who enjoys a good pacy 'read'. People wanting to learn about the Holocaust will find a whole wealth of new information about it hidden inside a breathtaking yarn.

The main catalyst for the story was a man (Marcel Ladenheim) whose parents were taken in Paris in 1942 when he was 4 years old. He knew no-one except the gentile lady who he had seen in the patisserie with his mother. She took him in and hid him 'in plain view' securing identity papers for him and sending him to school. Such courage!

I have learned a great deal from the readers' comments on amazon. They saw things I had not even considered - that is why it has nearly 5 stars.

This is an unusual and troubling book but it is also enthralling and enriching.