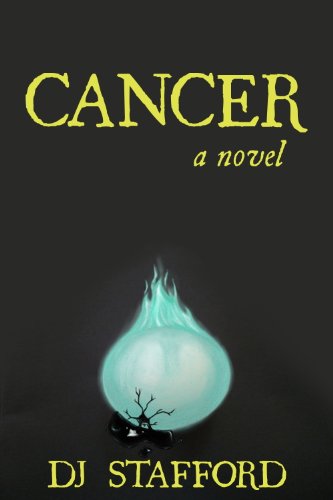 about this book: It was September 3rd, 2005 when I wrote the opening sentence of what became my novel "CANCER." I was staying up in a lake cabin with my friend's family and had brought a purple notebook along with me to write in, since I have been writing in one medium or another since I was only twelve. When I wrote the opening scrawls (and subsequent pages) everything was extremely avant-garde in terms of storytelling and writing style. It was a stream-of-consciousness effort that kept building upon itself, but the primary themes pertained to the frailty of dreams and whether or not they bleed into our reality.

Years later I would look back on these writings, and after several attempts at writing novels decided to reconstruct these passages into a linear narrative. This took years of work, not only because I'd switched from first person to third or generally rewrite the entire book three or four times, but because I wanted a genuine feel of instability within the realm of dreams.

"CANCER" is a novel that questions the authenticity of our reality, and whether our perception is hampered by our imagination. The dream sequences within are based around my own dreams (and nightmares), allowing a certain degree of autobiographical source material.

I kept with trying to write this novel because I knew the structure would be so hard to tame that if I could do it, then I could write damn near anything I wanted. For years I stuck through it, and even questioned my own sanity several times, but the end product is something I am proud of and have learned from. Never again shall I write a book out of order and try to piece it together, lest I fray my hold on reality.

I suppose my writing style hasn't been fully fleshed out yet, and my vocabulary is still in its gestating periods, but I would suppose that this novel is targeted towards the 18-25 demographic of America. It plays with subjects such as drug abuse, sex, friendship, depression, racism, and the overall meaning of self-worth. It's also meant to be satirical and written with a black comedy slant.

Many of these passages are based on my life experience, and in that respect I didn't have to research much (except for certain details about things). Once this novel started taking a cohesive shape, I vowed to myself that I would keep all the rights to it one way or another, and right around that time the exponential popularity of eBooks began. With the help and support of my family and friends and girlfriend I have true faith in myself that I will be able to reach a healthy populace of readers with this book as well as future works.

I don't want to give too much away about this book (though I will say it's about a man named Dalton Stevens who is struggling to confirm whether his dreams are taking residence in his reality or not…and that there are two more books to follow), but I would just like to say that this novel is for people with open minds and for those who look for narratives that fall outside the norm. It would mean a lot to me for this novel to reach as many people as possible, and any help you can lend me is more than I can ever ask.