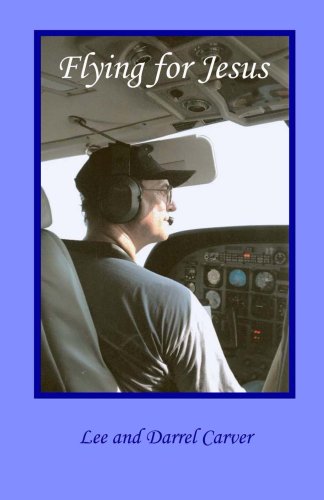 about this book: After almost dying of a ruptured, gangrenous appendix in Indonesia, Darrel Carver spent the weeks of recuperation asking God why he was still alive. A vice president of Citibank's International Division, he and his family had lived in seven countries where they worshiped and volunteered in churches. Did God have something more in store? Over about ten years, he and his wife realized that Darrel, formerly a US Navy pilot, was called to fly small planes over the Brazilian Amazon in support of Christian missions there.

He took early retirement at age 55, at the height of his career, bought a Cessna Caravan for Asas de Socorro (MAF Brazil) and served as a volunteer for 6 years until the health of his parents in the US deteriorated. The first section of the book deals with the amazing experience of being tapped on the shoulder by God to let go of the banking world, donate a two million dollar airplane, and move to the Brazilian Amazon. The second section recounts particular stories during those years as a missionary.

On many tropical days, missionaries joked about "sweating for Jesus." This not-for-profit book attempts to tell the story with humor and reality. Life was never dull.

A contemporary autobiography written in third person by his wife, a multi-published novelist.