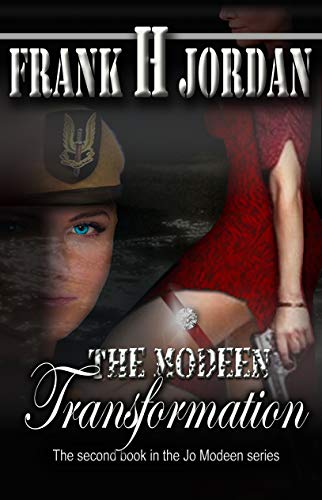 about this book: In book 1, THE MODEEN FACTOR, we were introduced to Josephine Dakota Modeen, recipient of the Medal of Gallantry and the first woman to be accepted into the elite SASR. Jo was finding life after the Army unfulfilling until she was contacted out of the blue by her old CO. She knew it wasn't a social call. Hearing from Victoria Cross recipient Ben Logan meant a mission, no exceptions.

Observing that his old SASR signaller still had the 'right stuff', Ben, now Beta team leader with covert Australian security agency NatSec, offered Modeen a place on his team. When she accepted, seeing the role as an opportunity to utilise her impressive but fairly unique 'kitbag of talents', she didn't realise how her career decision would have a ripple effect in the lives of some of the people closest to her.

In book 2, THE MODEEN TRANSFORMATION, we find all Australian security agencies on high alert in the lead-up to the 2014 international G20 Summit. But even NatSec Intel can't know that the terrorist group known as 'The Spear of Allah' is planning to abduct two high-ranking G20 diplomats, something Jo Modeen finds out in a very personal way ...