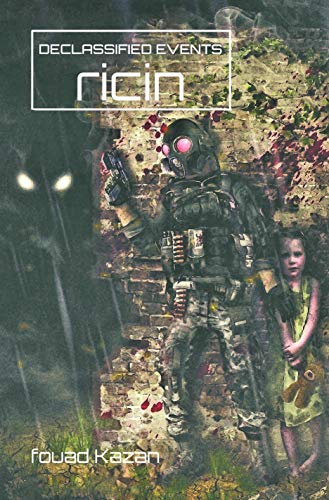 about this book: The book is about an actual battle that happened in Vukovar in 1991. Serb forces have the city locked down as the Croat resistance is trying to push them back. During war, theft, rape, murder and other atrocities occur. As such, a local militia, known for these heinous acts, decide to raid church to steal its belongings. Little does it know however, something sinister awaits it in the deep catacombs of the church...something terrifying. It discovers a secret US research facility that works on biological weapons.

As a result, the agency that runs this dark world sends it elite operatives in an attempt to keep the place a secret.

Ricin, the codename of one of the operatives, is sent to take part in the operation. Join him in his attempt to escape the horrors within the city and the horrors haunting his soul. Will he regain his long-lost humanity or succumb to the nightmares of the past?

Reviews:
• "Excellent military thriller that will leave you awed by the intensity and adrenaline used in their fight for existence. " — JoJo Maxson
• "I recommend this one to all the action and adventure fans as well. " — Jimmy ray