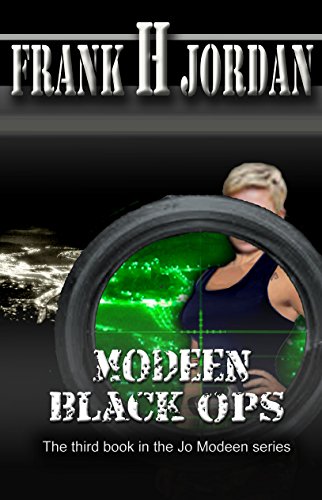 about this book: Readers of action/adventure and military thrillers will enjoy MODEEN: BLACK OPS, the fast-paced third book in the Jo Modeen series.

Ex-SASR soldier and now NatSec covert operative Jo Modeen once again takes the reader on a thrilling ride, this time from country Victoria to Australia's national capital, and across the ocean to Kabul in Afghanistan. As with the first two books in the series, there's action aplenty along the way as Jo and her team work to unravel the web of secrets surrounding their latest mission.

Her instincts - what her teammates call her 'radar' - are telling her something's not right about the assignment from Beta team leader Ben Logan, her old Army CO and recipient of the Victoria Cross, Australia's highest military honour. But how can she question orders from the man she wouldn't hesitate to trust with her life?

There's only one thing for it, she must go undercover even from NatSec, into the dangerous world of black ops ...