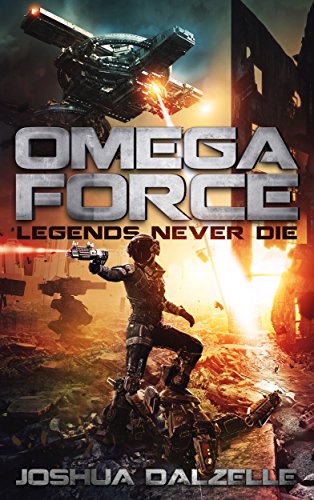 about this book: Omega Force has been through some rough times, but nothing has tested their loyalty and resolve like the death of one of their own ... on an ill-fated mission to a ConFed Pillar World their crewmate, Lucky, sacrificed himself to save them. But what if he hadn't really died on that planet?

Captain Jason Burke needs to rally his team one more time for the sake of their fallen friend, but during all of this he discovers that a brutal new regime has risen to power within the ConFed... and it might be his fault. What price can one put on the life of a friend? His own life? That's easy. But the fate of the entire quadrant? That's something else altogether...

Omega Force: Legends Never Die is the tenth book in the bestselling adventure science fiction series that centers around Jason Burke and his mercenary crew.

When I began outlining the story for book ten, I had almost intended for this to be the close of the series. However, my own desire to continue on with this band of misfits as well as the overwhelming reader response has convinced me there are many Omega Force stories still left to be told. I had taken an extended break from this series last year--not to mention leaving the crew in a pretty dark place after book nine--and so writing this was a breath of fresh air.