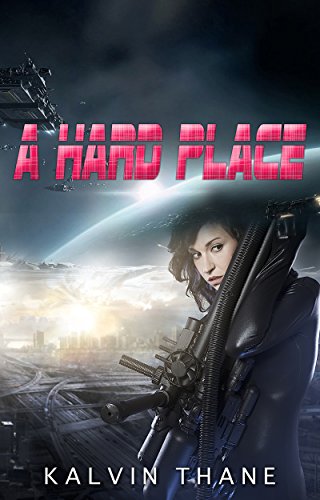 about this book: Three thousand light years across, the space between two galactic spiral arms has become a war zone between Alliance forces and the mysterious aliens known only as the Creeps.

Scouting the void is the naval cruiser Bulwark, carrying specialist technicians and an incursion team of misfit multi-species marines. When they stumble upon a derelict enemy vessel, it raises hopes of salvaging badly-needed alien technology. The marines and techs are dropped off at the entryway to the ship. They meander there way through an unusual ship hoping they don't trip any alarms in the process.

But the Captain of the cruiser is determined to destroy the ship, despite its possible value, regardless of loss of life to those aboard the derelict. The techs must work quickly in order to convince their superiors to withhold fire, and preserve the enemy ship for research. The enemy ship also contains deadly nanobots so they can't touch most things in the derelict ship due to the nanobots that protect the ship.

But is the enemy ship as derelict as it first appeared to be?