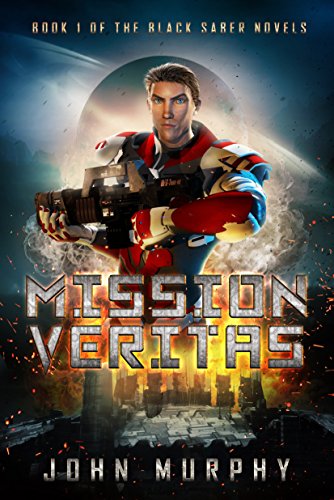 about this book: Candidates for an elite fighting force must qualify on a planet of truth. Killian must keep his past as a ruthless rebel fighter a secret at the risk of imprisonment.

Many of us have things about our past that emotionally hold us back or make us feel like we don't quite fit in. This story is about acceptance despite a troubled past. Taken to an extreme, Vaughn Killian was a rebel fighter living in Bangkok where everything was in turmoil. He was a survivor, good fighter, ruthless, ferel. After he finally escapes the war zone, he tries to go legit and join the military. But the military is under control of the Global Alliance, watered down in it's mission, touchy, feely, ineffective. But Killian is a trained killer going through a trial mission with 11 other candidates who are the product of the new "softer" military. And, on a planet where the atmosphere makes you reveal your true self. How can he keep his past a secret? How can he pass qualification when the candidate in charge has already singled him out?

I wrote this book with young men in mind, those who like Ender's Game, for it's underdog qualities. Yet, here the underdog's disadvantage is his superior fighting skills, which he cannot explain at the risk of exposure. While many female readers have told me how much they liked it, as a writer, my job is to write with a specific reader in mind and write a story that person would like. I really enjoyed these kinds of stories, not only since I was a teen, but all the way through adulthood, my kids, now grown-ups liked these same kinds of books as well.

In addition to writing, I also do some graphics. I have created several dozen images depicting scenes from the story that are in a Gallery on my website www.MissionVeritas.com. The bonus content is there to further entice / immerse readers into the story.

Interestingly, I first wrote the story as a screenplay with the idea of making a short movie. I used to do short videos as a hobby, and friends of mine told me their teen-aged kids would love to be in a movie I made. So, I started to think about what kind of story I could do for them that wouldn't involve drugs, pregnancy, high school, or other present day social issues. So, I came up with young recruits trying to get into an elite military school. To complicate matters, the planet's atmosphere makes them tell the truth. That's where I came up with "Veritas" which is Latin for truth. Of course, my own son was going to get the lead role... Later, when I realized the project was way too complicated and expensive, I decided to write it as a novel. Because I had developed some graphics skills I decided to create bonus content. I got some 3D facial modeling software and made the image of Vaughn Killian after my son. So, the main character is a real dude.

• "As a whole, Mission Veritas is far superior to anything the Hugo-nominated authors of the last two decades have foisted on us. It's nice that the democratization of publishing has allowed entertaining fiction like this to slip past the gatekeepers and into the hands of readers." — Henry Brown, Author "False Flag" & "Hell and Gone"