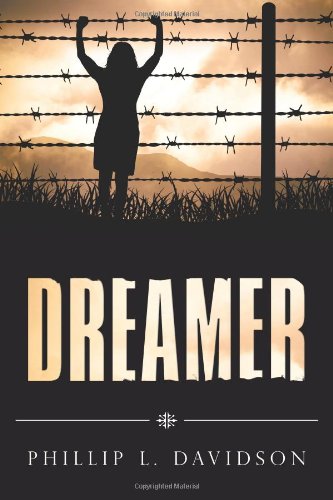 about this book: Dreamer, written by awarded veteran Phil Davidson is military fiction at is best. Captain David Elliot finds himself living under the pain of post traumatic stress disorder years after being released from the military. One tragic event during his war days shapes his life forever and trying to make peace with his past brings in a story line that is riveting, filled with espionage, and tests the bonds of valor shared between himself and military brothers of his past. Into this chaotic mix comes his relationship with the love of his life, who is abruptly held captive by terrorists. This plunges David into a harrowing journey, and invokes his dark side. Along with a band of brothers, they go in search of his beloved. Facing again the soul ripping episodes of battle, would he and the others survive? Would they ever be able to breakthrough the dreams of the past in order to save the very one that has kept David alive through her love?

Dreamer is a military fiction book through various time periods and wars. It covers the period between the Vietnam War and The Falklands War. It is fiction based on reality and will intrigue lovers of military fiction.