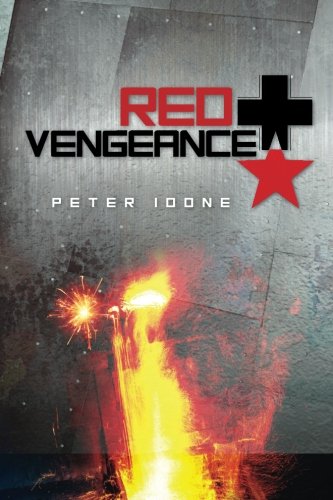 about this book: Red Vengeance, a phantom, almost mythic, T-34 Soviet tank has become the bane of German panzer crews and grenadiers along the eastern front. It appears, seemingly out of nowhere, wreaking havoc, and then disappears leaving death and destruction in its wake. Its manifestation presages doom and defeat for the war weary troops of the Wehrmacht.

An obsessed and quite possibly insane German officer, Captain Hans Falkenstein, organizes a special mobile tank killer squad to finally put an end to Red Vengeance and the myth of indestructibility that surrounds it. Falkenstein is of the firm conviction that Red Vengeance is no simple machine of war but the embodiment of satanic evil.

Although the novel takes place in the historical setting of World War 2 on the eastern front the story takes on a more bizarre tone in the action it describes; Red Vengeance posses the characteristics of a monster in the most literal sense.

Dramatic in tone, and not without irony, Red Vengeance can be considered as an apocalyptic horror story of which the conflict on the eastern front certainly was.