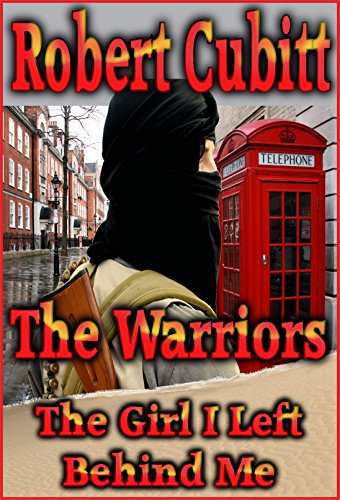 Book: The Warriors - The Girl I Left Behind Me by Robert Cubitt

about this book: I first got the idea for this book while watching an old John Ford western. One of the tunes he used on the soundtrack was an old soldier's song called The Girl I Left Behind Me.

What a great book title that would make, I thought to myself. But what would the book be about? At that time the war in Afghanistan was still a major news item, and British troops were heavily involved. I had also been in the armed forces myself, and on many occasions I had 'left my girl behind me', my wife that is, when I went off to serve my country, so the pain of having to do that was something I could build into my story

But I didn't want the story just to be about the British and what they were doing in Afghanistan. I thought it would be useful to see things from the other side of the fence, from the viewpoint of the Taliban. Of course at that time there was very little engagement in that war from the British Muslim community, unlike the present day when young Muslims are going off to join ISIS in Syria or Iraq, so I thought it would be something different for my story to include a British youth who gets ensnared by the war by accident. Of course, he also has a girl that he left behind him.

So there we have it, two warriors on different sides of the conflict, each seeing things from their own point of view, and we also have the two girls they left behind them, worrying, fearful for the safety of their men. How will it work out for them. Will they live? Will they die? How will their experience of war change them - for the better or for the worse? To answer those questions you will have to read the book.