about this book: Resonance is a book about a guy trying to understand and reason through his obsession for a former love interest, while still trying to raise a family, run a small business, and remain in a failing marriage. There has been Three timelines are described, including an important moment in Viking history, a migration from Ireland to the New World, and the current timeline with Trevor Tobin.

Inspiration came to me from two sources in 2004, during a time when I separated from my wife and was pursuing divorce. The first source was when I stumbled across a quote by Henry Miller which said "There are only three things to be done with a woman. You can love her, suffer for her, or turn her into literature." I decided it was time to move on from thinking about my first girlfriend by turning her into literature. It didn't work. The second source came when I really listened to the lyrics of a Sting song, "A Thousand Years". Since I was raised a Christian, I had no real understanding of the beliefs behind reincarnation, but I certainly resonated with what Sting was describing in his song.

Through the research for my book, I found references to Rupert Sheldrake's work regarding theoretical organic fields of information of which he termed "morphic resonance". Being a hobbyist in physics, and having gone through extensive therapy with my own marriage, a convenient theme seemed to emerge which romantically described my own dilemma of having never really moved on from a former girlfriend.

I have recently reconnected with my former girlfriend. We are to be married soon. With the fad of social networking sites, the world has become a much smaller place. She inspired me with the motivation to finish this book and then publish it. She has always been and continues to be my own personal Mneme. 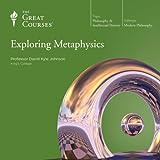