Book: Interview with an Oracle - Astonishing Revelations about Life and Our World by M.G. Hawking

about this book: A rare interview with a true Oracle reveals profound revelations about life and our world. While trekking through the vast wilderness of the Himalayan mountains into an exceedingly remote region in the highlands of Tibet, I encountered an ancient Oracle Temple. There I had the opportunity to speak with a true shamanistic Oracle from the esoteric B'on tradition, revealing a series of profound revelations.

The beginning of our conversation as recorded in my journal shortly after it concluded:

I approach slowly and mount the stairs. The Oracle gazes at me through black slits of eyes. I pause before him. He nods and I sit down. He continues to gaze at me. Though he looks disinterested, I have the feeling that he is looking right through me. Finally he raises his hands from the table and spreads them apart, open with palms up. This must be the signal to begin.

"What is the purpose of an oracle?" I ask.
"Purpose lies not in the oracle, but in the seeker." His voice is low and firm.
"What is the purpose for me?"
"It makes no difference whether the oracle exists for you or does not exist for you."
"Then why do you exist for me?"
"Because it makes no difference."
This is entirely logical, but may also be taken as an excellent example of the infamous oracular ambiguity. I'll try a different tack. "What is the purpose of life?"
"To express what life is, the divine."
"Can you expand on that?"
The Oracle looks at me, pursuing his lips. "The purpose of embodied life is to give manifest awareness and form to the divine."
"Is this the purpose of the Universe?"
"All manifest form exists to give expression to the divine; man may manifest the highest expression through his awareness."
This suggests an inquiry. "May I ask you of a philosophical question debated for centuries?"
The hooded figure nods.
"Is man innately good or innately evil?"

Rather unexpectedly, the Oracle grins and leans back. "That is a question only a Westerner would ask; to even pose it evinces an astoundingly judgmental stance. Since your age of enlightenment, as your historians amusingly call it, the idea that man is naturally good has been a pretext for many cultural mechanisms, as has the idea that man is naturally evil. Of course, man is neither. He is merely worse or better."

"So neither position is correct?" I ask.

"Precisely, since neither is complete. Because man is not absolutely good, no man can pose as an absolute judge and pronounce anyone good or evil, since none can lay claim to absolute innocence. Thus justice in itself does not exist. Justice must take account of other values than itself; it cannot ignore the supreme values of life, for ultimately there are no others. There are no just people, merely hearts and minds more or less lacking in justice. Awareness and expression of the highest values are the measure, hence the lowest of men and the most upright of judges meet side by side; their ignorance is their solidarity. No one among us is authorized to judge of a single man, far less of mankind. On this limit, whoever judges absolutely condemns himself absolutely. . By this, your very civilization has condemned itself."

"Western civilization is condemned?" I ask. "To what?"

"You feel that your civilization is advanced, yet its greatest advancement is toward its own destruction; in truth it is a tyranny. The vast majority of the information disseminated in your society is false; its content is subtly but purposely deceptive; it convinces individuals that they are powerless in their lives. This is utterly false—the ultimate hoax—because every circumstance experienced in the spatial-temporal framework invariably and inevitably represents an effect caused by the mental states of the experiencer. The machinery of propagation and inculcation is today so immense that no one can avoid the assimilation of this hoax of powerlessness, the fundamental and necessary support of tyranny. Many of you sense this great deception; the entire culture of the East tells you so. But what is most intriguing is that you seem to have drawn from this disturbing situation an almost contented feeling; a vast, calmly complacent happiness. Many realize they are deceived, but think that to be so deceived is first to be innocent. To participate in a great cultural fraud through one's awareness of it and to do nothing, even at one's most active, is to yield to the pleasure and vanity of a prodigious distractive amusement. When you accomplish acts you intuitively know to be wrong, it is to lighten the pain of all the useless operations of life in your civilization; this endures until life is but an entertainment, a diversion, a game. Your countrymen feel they are mere playthings of life rather than its essential expression, and therefore granted the right to every form of play, no matter the ultimate result. To us this seems puerile." 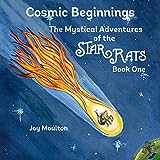