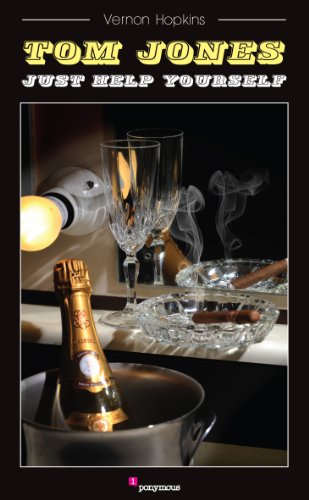 about this book: What follows are my recollections of my years as a professional musician with Tom Jones. It is a candid view of the music industry and the ruthless people who inhabit it. My journey begins in the South Wales Valleys, buying my first guitar, forming a band and bringing in a singer who would eventually become one of the greatest superstars in the world. Success came slowly for Tom Jones and the Senators (originally Tommy Scott and the Senators) until we were spotted by a ruthless manager, Gordon Mills, and catapulted into the London music scene of the sixties.

The group got caught up in the world of Fleet Street gossip, groupies, sex and drugs. Although we all started out as a tight-knit bunch of mates from Ponty, it quickly became clear that Tom had his own agenda. Tom was the star, driven by a streak of callousness that led him to neglect the other members of the group, his young wife, and everyone who stood in the way of his success.

The band struggled with Tom for eight life-changing years in pursuit of recognition and stardom. We all of us left the green Valleys for the stark concrete and rat-infested slums of Ladbroke Grove. We starved together but survived together, and through sheer persistence and hard work we broke through.

'It's Not Unusual' changed our miserable existence, but sadly it revealed a darker side to Tom Jones. There have been many biographies written about his life and times, but no-one was closer to Tom during those formative years than me. Inseparable in many ways, for so long, in the end we couldn't have been further apart.

Some of the comments in these pages will no doubt alienate me to Tom Jones' legions of fans, but I make no apologies. Sometimes the truth, in all its stark clarity, casts an unflattering spotlight on the actions and behaviours of people we think we know. But generally we are blinded by the glare of stardom and we see what we are meant to see, what is manufactured for public consumption. I got to stand behind the curtain with Tom, this is my story...