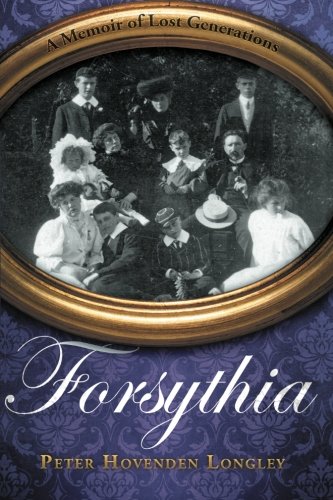 Book: Forsythia - A Memoir of Lost Generations by Peter Longley

As members of the three-per-cent, the author and his contemporaries were educated to be the rulers, administators, professional and commercial venturers of the greatest Empire the world had ever known, yet within a few short years the whole global network fell apart, and with it the social system that held it together. Within the reflections, however, we are introduced to an interesting family of characters that echo that bygone age. They become every bit as fascinating as their parallel characters from Galsworthy's fiction. This is a book that shows an intimate side of social history that helps to understand the English character. The cover design depicts members of the author's family when their world seemed invincible in 1904, when they were the beneficiaries of the Empire on which it could be truly said the sun never set.

• "Unveiling the mystery and rigidity of social class in intimate and minute detail, where 'Forsythia' becomes a term referring to the attitudes, unwritten laws, and sometimes outright chutzpah of the haut monde, this precis on not only THE FORSYTE SAGA but Victorian and Edwardian periods heading into the transitional periods of wartime and upheaval, provides a meticulous, comprehensive history replete with ciopious detail and entertaining stories. A genuine reading pleasure especially for students of history or classic literature."
— THE SAN FRANCISCO/SACRAMENTO BOOK REVIEW