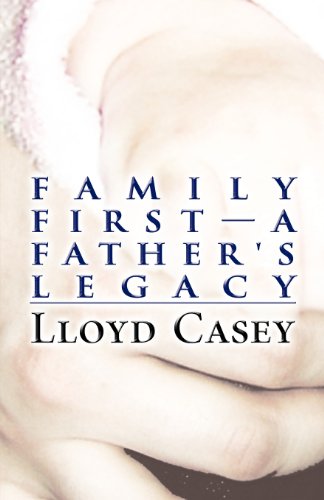 about this book: This book is about a father wanting his five sons and two daughters know such things as: what it was to live in a railraod building in the Southern Nevada desert in the early 1930's; having neither electricity or plumbing; attending a two room school with 16 white kids and 16 Paiute indian children. The book goes on as the family moved into Las Vegas, the father drops out of high school to enlist in the navy in 1944 and into St.Vincent College in Latrobe, PA in 1946. He marries Mary Grace Wells from Baltimore, MD in 1949. Mark is born in 1950, Kevin in 1952, John in 1954, Paul in 1956 and Colleen in 1959. He purchased a portable typewriter to begin writing all the above for them.

A career change in 1963-64 obtaining a Master Degree in theology and then working in Catholic parishes plus Christopher having been born in 1963 and Kathleen in 1969 he got out the portable typewriter and started what he had intended to start in 1959. From that year until 2010 he wrote whenever time permitted as to what was happening in his life. The recurring theme was to let the children know he loved them and that they were more important to him and Gracie than anything else. He was fired by a bishop and later by a parish pastor. He remained a Catholic at the insistence of Gracie. From 1973 to 1996 he sold printed forms, managed audience development for a symphony orchestra, managed ticket sales for an NHL hockey team and eventually became a quality engineer for a manufacturer of tape and disk drives for the computer industry and a state senator. He gave copies of what he had written to each of the seven as Christmas presents in 1980, 1990 and 2000. He had all his writings published as Family First-A Father's Legacy in 2012 at age 86.