Book: The Execution by Sharon Cramer

about this book: What if you had only one night to live?…and you met someone worth dying for?

The Execution is a fourteenth century action adventure with three powerful love stories...and will break your heart perfectly.

D'ata is a young priest, tortured by his past. His life is one of misery, and all he truly wants is for it all to end. He is a good man, and one of his tasks is to see prisoners to be executed the next morning. On this fateful night, he journeys to the dungeons to see the last one—the mercenary, the murderer.

He hates this part of his job but does it with kindness in his heart, sneaking in bread and wine for the condemned. When he arrives at the dank, dark dungeon to see the killer, he pauses at the door...

"You there. It is I, D'ata, the priest. I have come to hear your confession."
There was no response, and the creature remained unmoving.
He tried again, "I am here with the seventh sacrament. Do you wish salvation?"
When the man doesn't move, D'ata goes into the cell and approaches the man, touching him on the shoulder. As the man struggles to sit, the young priest waits patiently nearby. But when the murder finally looks up in the dim torchlight, the priest is stunned to discover the man is...his twin brother.

Neither brother knew the other existed until this fateful night…

The entire tale is the one night as the brother's tell their tales, how one became such a tortured priest and the other the most feared mercenary in the land. Morning creeps upon them as their stories unfold. Then, they have a decision to make, but matters are not always as clear as they seem, and the tale take an astounding twist.

THE EXECUTION inspires loyalty and friendship, endures betrayal and loss, and wraps the reader in a powerful narrative of lust, dominance, conflict, absolute hate, and perfect love. Good and evil are at play as an intriguing cast of characters are intertwined in the epic lives of the doomed brothers.

THE EXECUTION is the first of a three book series. RISEN is now released, and NIVEUS is coming soon. 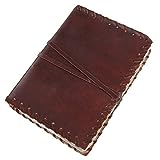 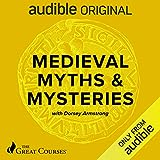 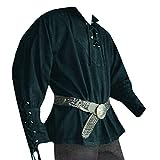