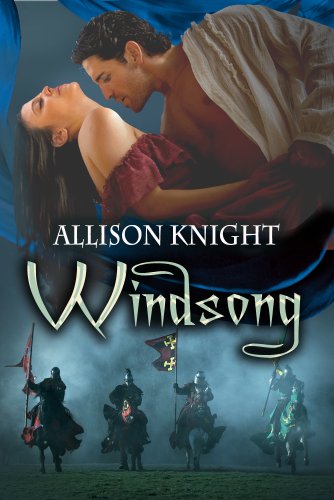 about this book: Windsong is the third in a series of medieval romances about a royal Welsh family learning to survive in the chaotic world of Edward the first, after the king conquers Wales. This stand alone book is about one of the men of the family who is now pledged to the king. Without losing the king's respect, he seeks to punish another English baron who destroyed his marriage by kidnapping the baron's woman. However this shy English girl is not who he thinks she is and she captures his heart and his soul. As he discovers the truth about the woman he holds captive, he learns revenge for his losses can't compare with the feelings she creates in him. Together these lovers must endure deceit, lies and treachery before they can be united forever.

Part of the story is based on a true incident which occurred during Edward's rule. It's up to the reader to discover just what part is true. This book was nominated for the CAPA award of 2012.

• "WINDSONG is a truly unforgettable read, and I look forward to Ms. Knight's next novel."
— Romance Junkies Reviewer, pamelalynne

• "I can highly recommend this and any of the 'Song' books as a wonderful way to spend a cold winter evening."
— The Romance Studios, Susan P.