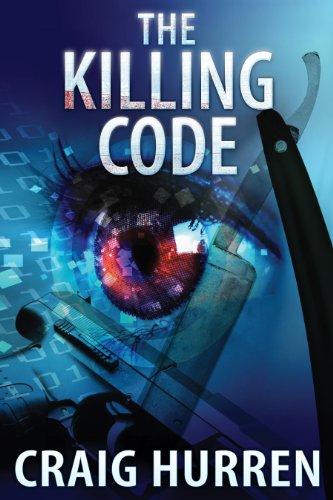 about this book: The Killing Code has been compared by reviewers, to the works of Tom Clancy, Vince Flynn, Michael Crichton, and other well-known thriller authors. I've utilized several unique plot devices used to heighten suspense, intrigue, and the page-turning impulse. Many readers have said they, "Couldn't put it down."

As a former executive in the pharmaceutical industry throughout Asia/Pacific, my knowledge of medical technology is broad and deep. I've wanted to write a book since I read my first Campbell Armstrong novel, "Jig", when I was a young teenager. I decided to combine my medical knowledge with my love of the thriller genre, to create a genuinely unique and captivating story.

Since publication in 2013, "The Killing Code" has sold well over 12,000 copies, and has an average rating on Amazon and Goodreads of 4.3 stars, from over a hundred reviewers.

Readership of, "The Killing Code" is diverse. I've been pleasantly surprised to receive excellent reviews from a broad range of readers, regardless of age, gender, and specific interests.

I've also received a lot of compliments on the cover, which I designed myself, and had a professional graphic artist put the imagery together for me. I had the book professionally edited, but received some reader feedback criticizing some of the dialogue, so I had it re-edited, and the new version went live in early December 2013.

Based on the very positive reception and success of, "The Killing Code", I am now writing the sequel, which will be called, "Hallucineers".

Video: The Killing Code - Just can't put it down!