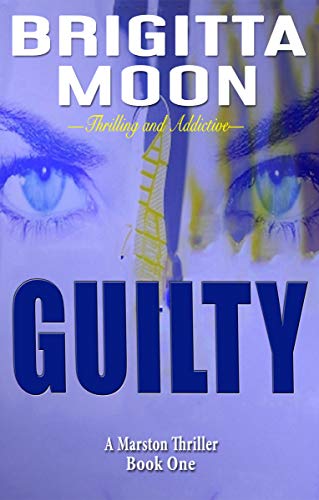 about this book: Guilty is the first book of The Marston Series. If you had asked me to take a guess at how many characters there were in the story, I would have said five or six. It took me a year to write this story. I would get stuck and not know where to go with it, and then I would leave the story in a file folder on my computer. There came a time when I left the story for so long of a period that I had forgotten the characters. Well, yes, I should have character cards, but I didn't. I knew each of my characters intimately. It had never crossed my mind that I would forget little details which I needed to finish the story. So, I went back to the book and outlined it. Low and behold, there were more than twenty characters in GUILTY. I was absolutely shocked.

After I finished the novel, I was ready to add to the series, but who would the series highlight? I was stumped. I looked through the mass of characters and did not see a major one. I decided to base the series on the location, Marston, which is a fictional town in Maryland. As I continued the series, three characters eventually took over. They are the Marston detectives, Romero, Copeland, and Billy.

So far there are five novels in this series. I enjoy the characters' relationships and their plots. I hope you enjoy them too.