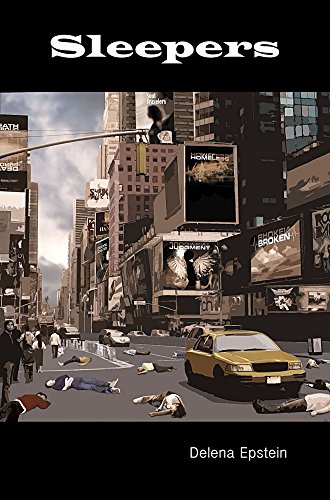 about this book: Dr. Janeen Corbett's day begins like any typical Thursday morning, with traffic reports and the news until 7:01 a.m., when people across the world begin to collapse. Boston is ground zero for "the occurrence," perhaps related to an X3 solar flare forty-eight hours before, the strongest in recorded history. Satellite and communications are knocked out and thirty-four million people in the United States – 11 percent of the population – have fallen, leaving them in a dream-like coma unlike any neurologists have ever treated.

As the city is gripped by civil unrest, Dr. Corbett's job is to care for the overwhelming numbers of comatose patients – dubbed "sleepers" by the media – and to work with government agencies to determine the cause while finding a way to awaken victims. Meanwhile, Nathaniel Long, the charismatic leader of a fundamentalist religious sect, claims the apocalypse has arrived and that the comatose victims are Satan's spawn and must die. An attack by his followers leaves dozens of comatose patients dead in Boston.

When the sleepers finally regain consciousness to find they have telepathic and telekinetic abilities, and the power to heal, they face not only rabid religious extremism, but also the fear of US government leaders who begin to consider what these evolved humans may be capable of.

I was sitting outside with my dogs one day and looked up into the blazing sun. My thoughts drifted to the power of the sun and that led me to Sleepers. I've never written a medical novel so this was a new genre for me. I thoroughly enjoyed the journey and knew immediately what I wanted my cover to look like. I'm pleased that the artist used my concept in its creation.

If you wonder about the power of the Sun, Sleepers is just the book for you.