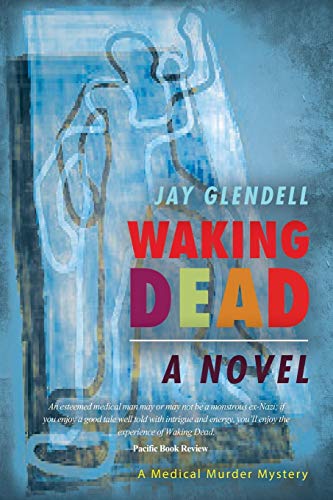 about this book: The medical profession meets the FBI. A sexy female FBI agent recruits a trusting young physician in a scheme to prove that a monstrous ex-Nazi war criminal surgeon evades detection by masquerading as his innocent missing twin. Time is running out to capture and bring to justice this prominent transplantation surgeon suspected of being involved in the deaths of several colleagues at two hospitals in the USA. The ex-Nazi's involvement in the evils of racial hygiene during the Holocaust convinced the young physician to join the agent's pursuit, including traveling to Spain. Finding the missing brother requires the glamorous FBI agent and physician to work as a team while dealing with intrigue, murder, adventure, romance, unusual locations, and surprise. The protagonists' personalities and conflicting passions add further spice to an exciting story that you'll enjoy reading.

My interest as a physician growing up during World War Two created the impetus for writing the story when later as an adult I purchased and lived in the house that was the former residence of a famous American eugenicist responsible for many principles of racial hygiene adopted by the Nazis before and during the war. The theories were used as rationalizations for the Holocaust and accepted then as science by many educated and prosperous Americans.