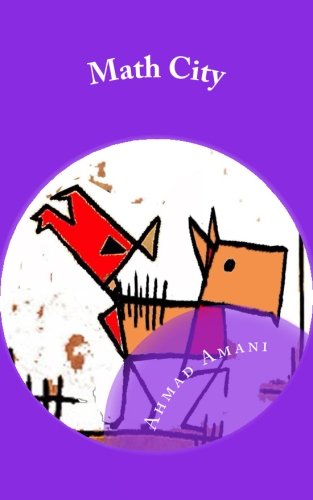 about this book: I live in the Middle East where mathematics is as important as it was in ancient Greece. I have been interested in mathematics, too, and I have a diploma in Mathematics.

I have always enjoyed playing with numbers and mathematical symbols in my mind; I drowned in mathematics but, of course, I didn't die. Instead, slowly numbers and mathematical symbols have come to life as characters in my mind such as Mr. Six, Lady Thirteen, the Lying Line (minus) and Mr. Broken Line (from my next book). With them and a little interest in writing I could write some short stories which have a mathematics structure.

Now, you know I live in the Middle East. Although mathematics is important in the Middle East, philosophy unfortunately isn't. Instead, religion is very important and we know most religions were born in the Middle East. Unfortunately, after thousands of years, these religions have not yet reached a compromise. Now you can see this chaotic situation in the Middle East. Well, I have grown amid the commotion of the wars, too. I thought I could write about these wars and the culture of the Middle East's people in fantasy style, like in Animal Farm by George Orwell, in the world of mathematical symbols like Poor Zero, Ms. Fifty Thousand, Mr. Upward Lying Line (plus). I think fantasy is a major influence on the people. In fantasy, you never have to point out or criticize anybody or any certain culture. I never like to point at a certain culture because all cultures have some strong points and some weak. Therefore, through fantasy, we can challenge cultures to reach peace.