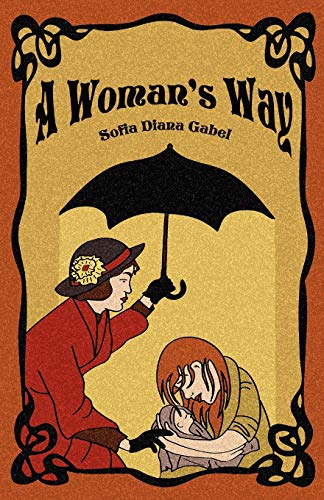 about this book: A Woman's Way is based on the 19th century French feminist writer Maria Deraismes. Maria was one of the first women to be initiated into the male-only order of Freemasons. She fought hard for equality for all people, especially women, and with help from her male friends, was initiated as a woman Freemason, an extremely controversial thing to do at the time. In fact, the subject of women in Masonry is still very controversial. Maria later went on to co-found Le Droit Humain, International Freemasonry for Men and Women. Maria lived during the violent Paris Commune, where the people rose up against their represive government and fought in a bloody conflict for freedom and equality. The struggle for equal rights has been going on for many years and is still happening today where people feel repressed, persecuted or trapped without a voice or place in society. A Woman's Way isn't just about one woman's struggle, but embraces the turmoil in a time when men and women felt the burden of not having an equal place in their society.