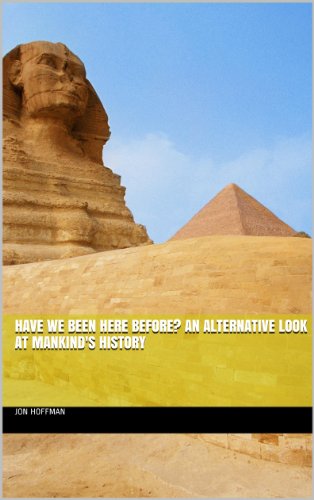 Book: Have We Been Here Before? An Alternative Look at Mankind's History by Jon Hoffman

about this book: Have We Been Here Before? builds off one of the possibilties presented in my first book God of the gods. Whereas God of the gods takes into account possible alien intervention in portions of mankinds history this book does not. I focus solely on portions of mankinds ancient history from a humans only perspective. We'll look at evidence that much of mankinds accepted history is much older than most people believe. We'll also look at how we were once globally connected thousands of years before Biblical Creation was to have taken place and how we almost went extinct as a species. We'll take a look at some supposed myths and see how they aren't quite as mythical as they have been made out to be but in fact forgotten history. We'll visit some theories and see how plausible they really are. You'll see how that as the timelines for certain events tie together that our real history becomes a bit clearer. You'll also see that we have been extremely lucky to have survived as long as we have.