Book: The Beginning - A Multicultural Tale of Transformation (The Maharajagar Book 1) by Urban Vyaas

about this book: This book is the first volume of a series of 9 books that is called The Maharajagar. Fans of James Redford and Dan Brown will love this mash up of adventure, metaphysics, science and history. I have taken the Mahabharata (or "the great tale of the Bhārata dynasty) as a source of inspiration. The importance of the Mahabharata to the world civilization can be compared to that of the Bible, the works of Shakespeare, the works of Homer, or the Qur'an. I made an effort to connect it with the work of more contemporary writers as James Joyce (Ulysses), Thomas Mann (Buddenbrooks: The Decline of a Family), Tayeb Salihel (Season of Migration to the North), Honoré de Balzac (Father Goriot) and many other literary works

I have worked three years on the first two parts of this novel. The first year was spent on researching my topics, the second on writing a first draft and the third year on editing and formatting. This book is also available in print on Amazon. At this time the second book (The Assembly Hall) is going through the final phases of editing and will be ready for publication by the end of November 2018. A first draft of the Third part (The Forest) is expected by the end of this year.

1.The All is a projection of informational modulated energy waves by a cosmically horizon on the time-space continuum.

2.Synchronicity is a phenomenon that comes to us with a message.

3.The Long Now is the only time concept to give a lasting meaning to our thinking and, hopefully consequent, actions.

These principles offer a perspective from where a powerful code of conduct can emanate, transforming our lives to a new experience of freedom, happiness, and love. It is a spellbinding epic tale of ambition, anarchy and absolute power, set against the canvas of North America during World War 1. 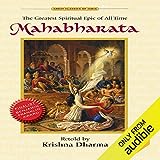