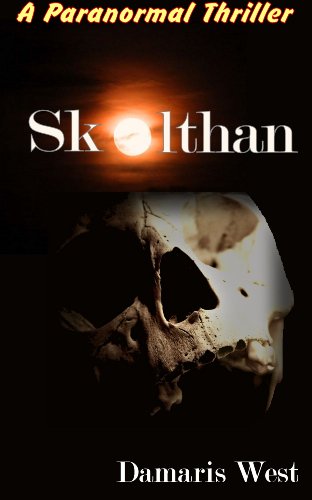 I was inspired to write the book by the original island on which it's based, which is Scolt Head Island off the coast of North Norfolk. It's uninhabited, apart from a Warden looking after the birds, and you reach it either on foot at low tide, or by boat. It has golden sands and white-winged terns like I describe.

My protagonist Hilda is a reclusive alter ego who lives in a tumbledown house on the site of a bungalow where we spent family holidays until I was about 6, on the seaward side of Holme-by-the-sea. I remember so clearly the shimmering heat on the marsh, and finding everything interesting, mysterious and timeless.

The evil characters in the book reflect the fact that eccentric people are readily absorbed into a Norfolk village. My characters have the hypocrisy as well as the wickedness to want to take over the whole world for their own purposes which are essentially negative, much like Lucifer's. There could be no more sinister job for a snatcher and sacrificer of babies than a midwife.

In the climax of the book, I wanted to show that in their effort to preserve good, the good people almost tip themselves over into evil. It's not a happy ending exactly, but I think it's an appropriate one.

I would hope that people would read my book both for its strong atmosphere and the power and mystery of its storyline. After all, the 'good' people are made up of a bunch of semi-impoverished coastal-dwellers, holders of a secret which they can impart to no-one else, not even their spouses. The equivalent of their combating the witches and warlocks might be the waving of a rather thin stick at the advance of a tank.

I wrote the book while I was working alongside my husband as Director of a Tuition Agency. I was determined to allow myself time to write, so I set aside Fridays for that purpose. They were not always respected, but I did try. We actually called those days 'wobbly cat' days because I did my writing on a laptop which required many attempts and much patience to get started; the customised start screen which I was trying to reach was a cat that sort of shivered.

Written just on Fridays, and including some drastic cutting and revision, the book took me 2 to 3 years. The most difficult part was definitely picking up the threads when I'd had a week to totally forget where I was.

The title 'Skolthan' obviously derives from 'Scolt'. I wanted it to have an Anglo-Saxon or Viking ring about it because it's on the East coast. The cover design is a composite of some of the elements of magic and mystery found in its pages.

I did a lot of research for the book, mainly for individual scenes so that I knew how to make elderflower wine, and how much would be left of a human body after it has been burnt. My evil forces are fairly original so I didn't have to check them against anything, but I did do research about talismans, leylines, dream sightings and the like so these would line up with people's experience of reading about them.

The main thing I learnt from the actual writing of the book is that it's important for me to write where possible 'in a rush', so I don't waste time picking up the threads of my thought. I also found out how much I enjoy writing about evil characters.

I would say to my readers: bear with the scene-setting at the beginning as it's definitely going somewhere!

"So if you love Witches, magic and all the rituals that go with it then this book is for you." 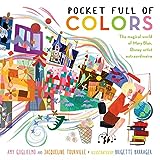