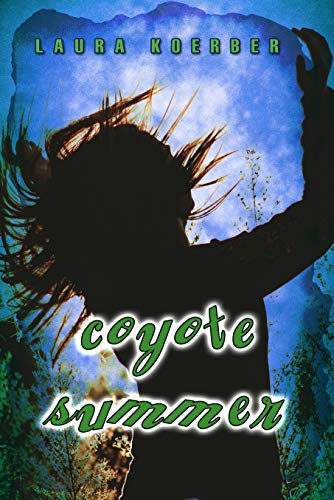 about this book: Ben has never forgotten that summer forty years ago when he was seventeen.

It started with rape and ended with a promise. In between things happened that Ben still didn't understand. A man turned into a coyote, a girl danced in the air, Ben broke the law—well, several laws—and he fell in love for the first time.

And, when the summer ended, he made a promise that he now needs to keep.

Coyote Summer, a magical realism novel on a coming-of-age theme, is about the aftermath of a sexual assault, but from the perspective of a male witness.

I am interested in how people change. The story of the victim of sexual assault is one that needs to be told, but I was interested in a different story: what happens to the witness. Ben, the 17-year-old witness, is shocked by a rape but even more shocked to discover that no one cares. Ben and his friends are prep school boys from well-to-do families, on their way to future success. No one wants that success to be derailed over some incident with a girl. So the novel is about Ben's confusion when he discovers that he feels differently about the rape than anyone else feels, including his own parents.

I am also interested in the concept of a trickster. Many traditional cultures feature a trickster as a character for story telling as well as a meaningful element in their spirituality. The trickster is a change agent, the bringer of chaos, the breaker of rules and norms. And out of that chaos can come clarity or creativity. The coyotes in my novel are not the Coyote of Native American tradition, however. They are more like the pooka of Ireland who play with people, entering their lives to create chaos.

Who would like this book? It's for adults or older teens. There's sex, drugs, and rock music from the eighties! Also chicken-stealing and vandalism. The plot is straight-forward. It's a quick read, I think. The reader response I've gotten so far is good. These are comments posted by readers on my Goodreads page:

"Coyote Summer is a deeply satisfying read, mostly because of its oblique take on the core dilemma. What you expect to read goes unwritten. And what is written is more real because of it."

"I enjoyed the intermingling genres with both magical realism and a coming of age story. I think when we witness events too horrible to put into words, we create fantasy worlds to escape to, to tell us everything is going to be okay. That felt right to me."