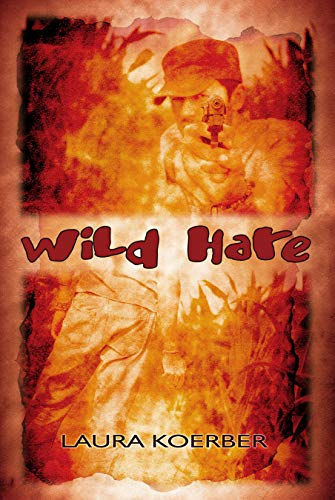 about this book: Listed by Kirkus Review as one of the best books of 2019. "A wrenching, complex novel that any fantasy fan would do well to pick up."

Bobby is a trickster—half human, half nature spirit of the wild hare clan. He is also the guardian of a remnant of old growth forest near a small town in northern Wisconsin. He lives a marginal existence as a card shark, shoplifter, and small time criminal while participating in the secret culture of the forest spirits. His small town life is thrown into danger when his efforts to get his friend Arne out of jail spiral out of control. Set in the near future against a background of climate change, Wild Hare is a dystopian/magical realism novel with undertones of political commentary.

I suppose this novel is an expression of wishful thinking; I wish nature could fight back! The main character, Bobby, is a mash up of the European genius loci, the traditional fairy, and the Ojibwe character, the Great Hare. (I know very little about Ojibwe traditions and Bobby is not meant to be representative of their culture.) Bobby has special non-human powers which he uses mostly to defend his little rement of old growth forest.

Some of my readers have disliked Bobby. He is not a conventional hero. In fact, he is in significant ways a jerk. He's a male rabbit and lives by the code "feed, fuck, fight." But never fear, dear reader, Bobby is softened by a love interest and has a conscience.

The story is about fighting back against oppression. In Bobby's case, it's the local militia, the privatized police force of his small town. The events take place agaisnt the background of "Make Your Own Happiness" days, a celebration sponsored by the ruling political party to mark the end of Medicare and the triumph of privatized health care. Yes, there is some poltical satire going on in the background. But mostly the story is very grounded in the characters and their relationships. Bobby tries to get his best friend Arne out of jail while wooing Taylor, secretary for a resort. His efforts lead him into trouble and moral dilemnas, some of which he does not handle well.

Wild Hare is my fifth book. It has a fairly straight-forward plot and was easy to write. It has a strong flavor, though. A shot of whiskey, rather than a cup of tea. People either really, really, like it or they don't get it.