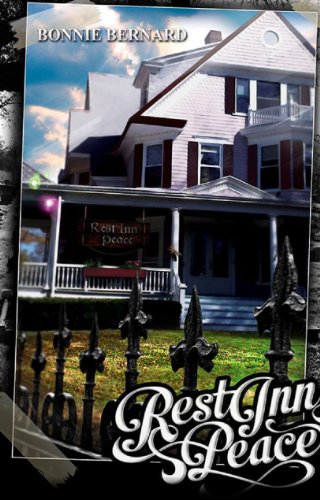 about this book: What happens when you take an ex-con and his twelve year old kid, throw them in a Rocky Mountain hick town, and then release the fire-breathing dragon?

Answer – somebody gets scorched toes.

Cobra Carpenter just wants what's best for his daughter, Zoe, who just wants to get back to Brooklyn, where she won't have to share her house with talking gargoyles and dead disco dancers. But as fate would have it, the magical creatures of Broken Spur won't let Zoe and Cobra leave. In fact, the fairies swear the father-daughter pair is exactly where they're supposed to be in order to save the world. Saving the world isn't what Cobra signed up for, and he doesn't like any of this. But at least they aren't lonely; Rest Inn Peace is a world-wide famous bed-and-breakfast, catering to werewolves, ghosts, and other supernatural creatures. It even sets across the road from a cemetery full of zombies.

So, Cobra and Zoe slowly adjust to their oddball surroundings, at least until the murders start. Then the town sheriff sets his steely gaze right on Cobra, who can hardly come to his own defense because the sheriff might be right.

Rest Inn Peace – it's all about magic, unpleasant family inheritances, and the girl next door.