about this book: An engineer, I spent half a century in construction. When I retired the first item on my bucket list was to write a book. My grandfather emigrated from Sicily to South Africa in 1893. He had eight children, six of whom were sons. His household was steeped in the traditional Sicilian Culture. Life was drama. Life was opera. There never was a dull moment. There was many a disagreement between the sons but when a threat emerged from outside the family they merged as one. I grew up in that culture. So I figured that I would have some understanding of the life of a Sicilian immigrant family, albeit on a different continent, albeit with criminal tendencies.

Frank Scolaro is a young man, a descendant of a line of Mafia Dons in New York. His father, who inherited the position from his father because being the eldest son, perceived it to be his duty, secretly hated the job and extracted from Frank a vow, never to join the Mafia. Frank was sent to University in England to study business administration. Seven years later, he had just achieved his MBA, when his father was assassinated in the street. He returned to New York. With difficulty, he honoured his promise to his father but the blood that flowed through his veins glowed with inherited savagery and he extracted vengeance. 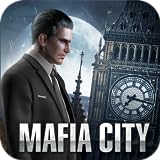